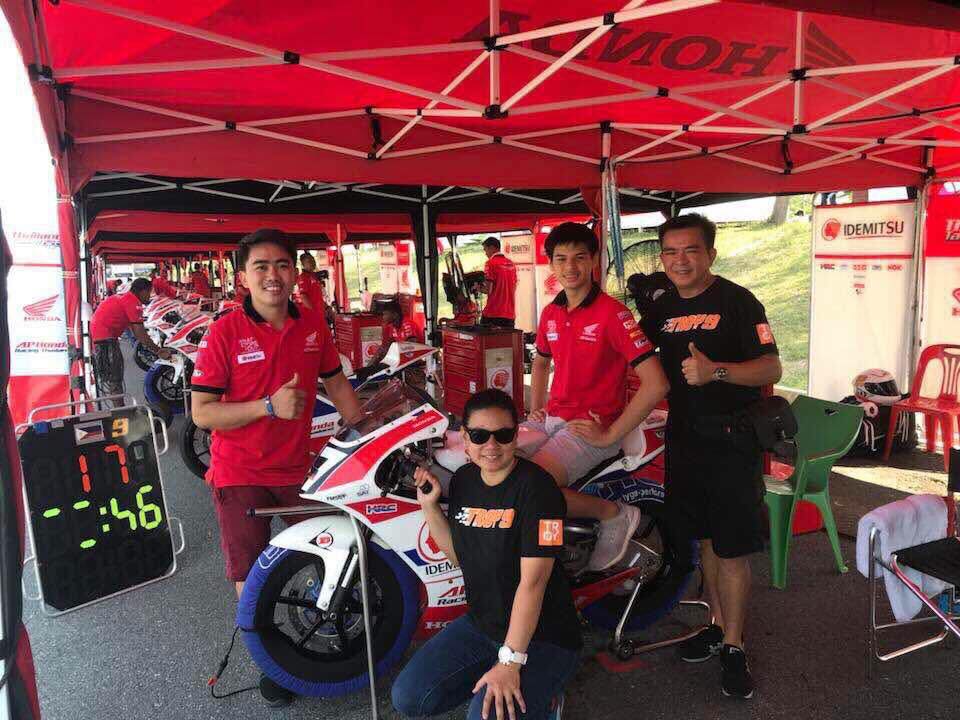 Being the only Filipino who qualified in the race, Alberto pitted his skills against more experienced racers from Thailand, Indonesia, and India, in a practice round and two races that went on for 20 laps across a 2.5 kilometer circuit. Now more experienced with international races and using the Honda NSF250R, along with the slim margins against the podium-winning contenders, Alberto is seen to have a fighting chance of making it to the podium after seven rounds of the TTC.

From the get-go, Alberto finished strong as he already secured P4 during the qualifying race held last April 21. He only had a 1.3334 second gap with Indonesian rider Firdaus who came in 1st.

In Race 1 held on the same day, Alberto started off on P4 on the grid, but he crashed during the 1st lap at an attempt to overtake two riders. He got back on his feet and rejoined the race at 18th or last place, but he overcame the challenge to pull off an outstanding feat and managed to overtake eight more riders during 19 remaining rounds, finishing the race at 10th place.

Alberto showed more determination than ever in Race 2, keeping his pace steady at the start of the race. With the rider ahead of him only having a lead of 2.61 seconds, Alberto secured the P4 position with a total time of 29 minutes and 02.699 seconds. His best time during a lap was 1 minute and 26.229 seconds. Gaining 13 points in the second race, Alberto earned 19 points overall.

With six more round of the TTC to go, Alberto is simultaneously competing in the already ongoing ATC, and he hopes to bring more cards to the table with the skills he’s earned competing in three rounds in the international racing scene.

Alberto will compete again in the TTC on June 14 to 17, and the ATC on July 27 to 29. Honda Philippines, Inc. (HPI) is supporting him in every round of both racing events, in hopes to help more young and talented Filipino racers achieve their dreams.

For more information on HPI, along with its racing events and riders, go to www.hondaph.com or follow the official Facebook page: Honda Philippines, Inc.