December 10, 2020 - Honda announced its plans for participation in FIM*1 motorcycle motorsports world championship racing series for the 2021 season and the Dakar Rally 2021, through an online event held by the company. Honda aims to win the world’s major titles through its Honda Racing Corporation (HRC) operated factory teams*2, and its satellite teams*3.

Racing is Honda’s driving force, and by competing in the various racing series, its technology and associates are taken to the next level, and it’s racing spirit and newly developed technologies are applied to many of its products. Honda will continue, through its products, services and racing, to make its dreams come true with its customers, in the spirit of its corporate slogan “The Power of Dreams.” 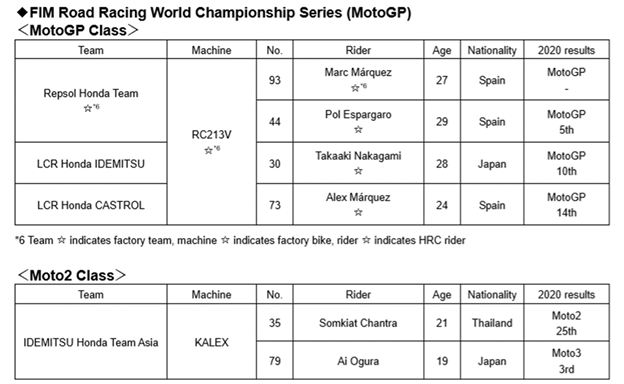 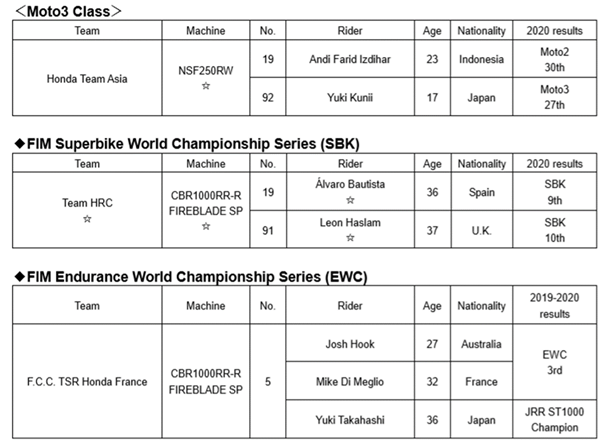 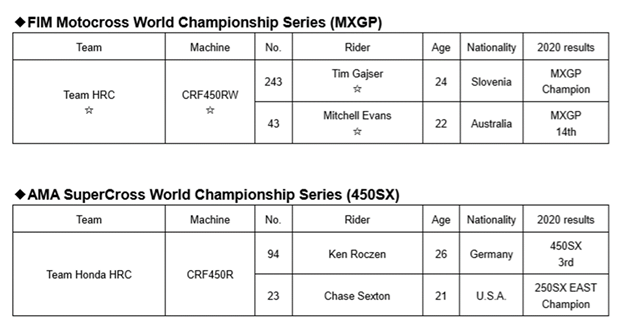 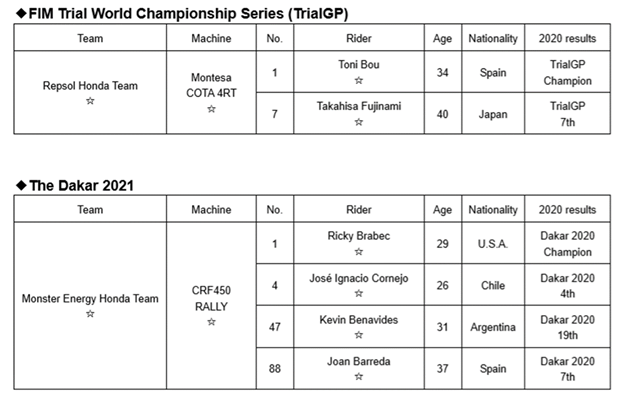